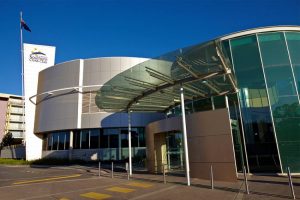 The Doeberl Cup is the longest running weekend chess event in Australia. Since 1963 it has been held every year in Canberra, Australia. Grandmaster Ian Rogers holds the record for the most number of wins (either outright or on tie-break) with 12.

The Doeberl Cup was named after its primary sponsor, Erich Doeberl.

The 2020 Doeberl Cup starts on the 9th April, which is only 6 weeks away. 83 players have registered to date; including 6 GMs with current top seed 2020 Australian Champion GM Timur Kuybokarov and 2019 Doeberl Cup winning GM Hrant Melkumyan from Armenia also taking part. It’s already shaping up to be a good event! Current entries can be seen here

As previously mentioned in the Doeberl newsletter – there are a few changes in terms of the Doeberl organisation. O2C has stepped back and the event is now managed by the ACT Chess Association. The new Chief Organiser is Shaun Press and the Chief Arbiter is IA Alana Chibnall.

Players wishing to play are encouraged to enter as soon as possible via the registration page on the website. Registering early helps give an indication to the organising team about the number of players to be expected, as well as encouraging your chess playing friends to also enter.